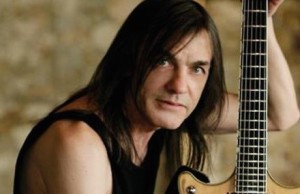 Reached in the bathroom between classes at Highland High School, both Beavis and Butt-Head expressed concern for the widespread concern over the health of AC/DC rhythm guitarist, songwriter and founding member, Malcolm Young.

Butt-Head stated, “I don’t know why everybody’s so upset he had a stroke. I had a stroke this morning and other than having to change my shorts after, I’m OK.”

Butt-Head then shouted, “AC/DC ROCKS!” and both boys began headbanging while air-guitar-playing and grunting out the tune of “Dirty Deeds Done Dirt Cheap.”

At that point, Principal McVicker entered the boys’ bathroom and shouted that reporters weren’t allowed on school grounds, chasing representatives from the press out of the school.

A document published in February, which built on one published in 2012 and issued to Communist Party officials in China, recently leaked out.  The much-ridiculed document specifies behavior on the part of CP officials that other CP officials believe is harming the CP’s image with the Chinese people.

According to the order, CP officials should no longer:

Given the lack of basic manners apparent in much of our society these days, I believe we can all learn something from this Chinese Communist Party list of freshly-prohibited behavior.

There’s been a lot of hoopla in the news about GM’s ignition switch problem.

These defective (or at least less than wholly effective) ignition switches are in 2.5 million GM cars & light trucks.  Over the last 10 years, they have caused dozens of crashes, resulting in the deaths of 13 people.

While every death is a tragedy for the family it touches, let’s put these things into perspective, because – seriously – Congress especially is the tail wagging the dog here.

Should GM be held accountable?  Yes.  Should GM’s *new* CEO who most likely knew exactly nothing about this issue or its coverup be forced to sit through TWO DAYS of grilling by incompetent Congressmen and women?  No.  This is a clear case of Congress wanting to appear concerned about the American people. Since they can’t accomplish anything meaningful, they are desperate to look like they’re doing something, so they’re excoriating a business executive for something she had nothing to do with.  When it’s all over, Congress will have done nothing but waste time and bandwidth – as usual.

Here’s the money aspect:  nearly everybody agrees that a corrected ignition switch costs $0.57.  That times 2.5 million instances is a mere $1.42 million.  That comes out to $109,230 per death – and no doubt in the upcoming lawsuits and settlements, GM is going to pay each family significantly more than that.

To be 100% realistic about it, though, the recall repairs for these ignition switches is going to cost significantly more than the $0.57 for the part.  I don’t know if you’ve ever replaced an ignition switch in a car, but it’s not the easiest thing in the world to do even in an old, shitty car.  In a modern car with tons of technology & electronics, it’s a daunting task that starts with having to remove the steering wheel.  Do you know how to remove a steering wheel?  No, and that’s why you go to the dealer for the recall.  I’ve replaced the ignition switch in a light truck (Chevy S-10) and in a motorcycle – and both times it was a pretty significant pain in the ass to do.  Shop rates at the GM dealers I called range from $94 to $102/hr.  Figure that a skilled mechanic can do the ignition switch swap in an hour.  At $94/hr for 2.5 million cars, that’s a labor charge of $235 million.  That’s a shitload of money, but still pales in comparison to what GM made in profits in 2010 – less than 1%, actually, of the profit from that year.* (See the next section for that info.)

The money is clearly not the whole story and not where we’re getting the much-needed perspective, so let’s look at some other numbers – road deaths.

If you compare 13 deaths to the 2010 number of 32,885, 13 is 0.03% of that – a minuscule proportion.  That’s actually not an apt comparison, because we’re comparing the total number of ignition switch deaths to just one year of road deaths, but let’s overlook that discrepancy at this point.

They say that texting while driving is six times more likely to cause a crash than drunk driving.  That is a staggering concept.

My point is this: stop crying about ignition switches.  GM will fix them, GM will pay the families of the dead and injured, and we’ll move on to the next media-manufactured American crisis.  In the meantime, thousands of people are dying because of drunk driving and even more likely due to distracted driving caused by cell phone and other electronics (GPS, entertainment systems) use while driving.  Instead of crying about ignition switches, DO SOMETHING MEANINGFUL TO REDUCE THE NUMBER OF OTHERWISE PREVENTABLE DEATHS FROM DRUNK AND DISTRACTED DRIVING.  Nothing will bring those 13 people back, and that’s sad.  As a society, though, we can stop obsessing about small stuff and address larger issues and make some real, meaningful progress towards reducing the number of people who get killed on the road every year.

Ignition switches aren’t the problem here. Hell, they’re not even a symptom.  There have been 31 murders in Washington, D.C. so far this year – just in the first quarter.  That’s double the number of people that died from these ignition switches in 10 whole years.  There are more and way bigger issues we, as a society, need to deal with before we should be paying this much attention to ignition switches.

* Updated to reflect and correct my previous estimate of what it would cost to physically replace all 2.5 million of these switches under the recall.